Dust off your old dreams 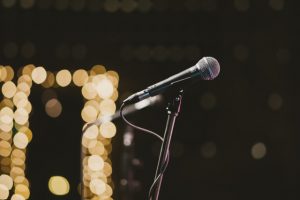 I used to dabble in stand up comedy. Seriously! I trod the boards in rooms above pubs in London, attempting to make audiences, of at least seven people, laugh out loud.

I wasn’t too bad and got invited to enter a national competition, run by funnywomen.com, that’s still going strong fifteen years later. I did well and got through to the semi-final, which was held on a boat moored on the river Thames, called the Tattershall Castle. Being pregnant at the time and completely nervous, I was a bit queasy aboard the gently rolling stage.

And then after that summer, with a new baby to entertain, I parked my lightly held dream of being a stand up comedian. The years passed, the dream became more and more distant and I forgot about it.

Have you got a dream that you’ve almost forgotten about – which every now and again feels like an itch you need to scratch?

Only through making a decision, a few years ago, to get a proper handle on confidence, did I start to dust off that old dream – it kind of returned through no conscious effort on my part. And what I’ve found, is that having fun and laughing matters to me – it helps land the message and that really floats my boat.

Watch my video to see how that old dream is now part of my reality:

I’m a judge at the funnywomen.com semi-final, funnily enough. I ran into the organiser recently who asked me if I’d do it. It’s being held in Manchester at the Frog and Bucket comedy club on Wednesday July 24th. Come along, say hi.