Skip to content
Stand up for something and become more confident

Stand up for something and become more confident 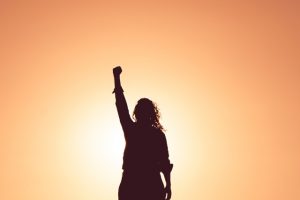 On Friday, the UK sees the first of a round of locally organised ‘school strikes’, in towns and cities across the country.

Children as young as ten will down their pens and pencils and walk out of school, to demand action on climate change.

It started in Sweden last August, when 15-year-old Greta Thunberg staged a protest in front of her country’s parliament. Then, thanks to social media, it snowballed. In addition to ‘Fridays for Future’, students are focusing on March 15th, as a global day of action.

But why am I sharing this? Well, as a by-product of their involvement, the students are sowing the seeds for confident adulthoods, because this action will serve them, and hopefully the climate, well.

The charity Action for Happiness recommends all the things they’re doing, either directly or indirectly, to boost their feelings of self-esteem and well-being, which are:

Now, going out on strike to demand action about the climate might not be your thing, but believing in something, and positively acting upon it, can certainly help tick those boxes.

One of the striking pupils, Lily Platt, who’s 10 and lives in Utrecht in The Netherlands was asked what her advice would be for kids thinking about joining the strikes. She replied:

“Be brave. Anyone can be a voice.”

Adults could well take a leaf out of their textbooks on this too. What do you believe in and want to stand up for?

Find out more about the Fridays for Future here and what the kids want.